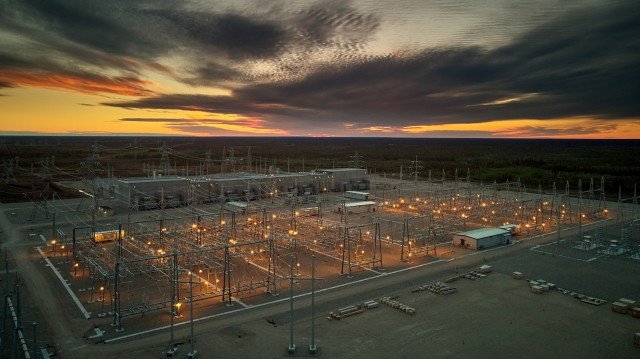 Growing power demand and the worldwide push for the decarbonization of energy systems call for new approaches in power transmission. The challenge is to establish bulk power transmission systems to get power from lucrative but far off renewable energy sources right to the load centers. UHVDC transmission technology from Siemens provides the efficient, reliable solution.

How to transmit more power over longer distances at lower losses

At the core of a UHVDC transmission system is the converter. It consists of a number of thyristor modules equipped with Siemens thyristors of up to 6-inch. Typically, the valves of one pole are arranged in two series-connected 12-pulse groups to overcome possible transport limitations. A major benefit of this layout is the relatively small size of the converter transformers. It also increases the redundancy of the bulk power transmission system, as each of the four converters can be bypassed with the assigned DC line still operating at a reduced voltage level of 400 kV.

Yunnan-Guangdong, the world’s first UHVDC transmission project, which had been contracted to Siemens by China Southern Power Grid in 2007, started commercial operation of the first pole in December, 2009. The first bulk power transmission system equipped with 6-inch thyristors from Siemens, the Xiangjiaba-Shanghai UHVDC system in China, commenced operation in 2010. Another huge Siemens ±800 kV UHVDC project was implemented in Brazil.