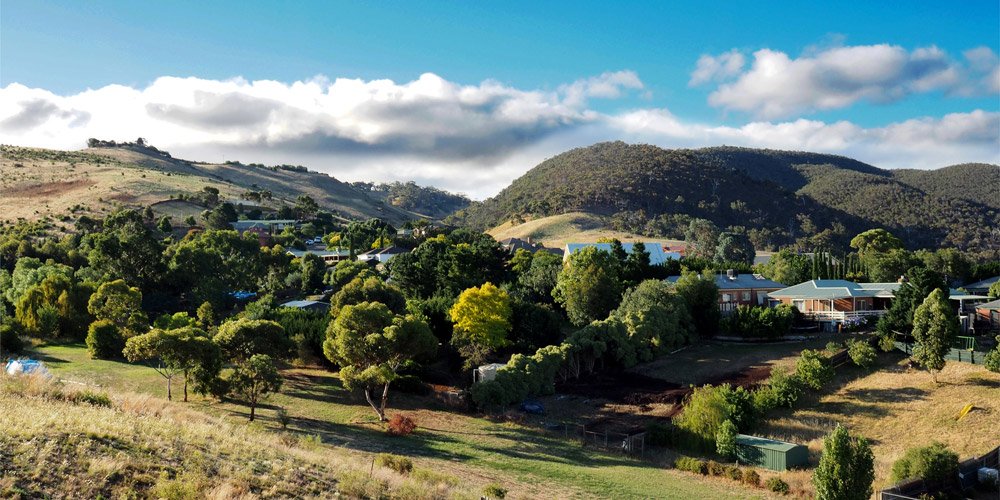 The visual amenity of the Darley region would be ruined

Tensions are erupting across Victoria’s volcanic plains as a battle to protect state significant landscape from a proposed 500kV overhead transmission network heats up.

AusNet Services has been contracted to construct 190 kilometres of new overhead high voltage transmission lines from Sydenham to Bulgana, a project known as the Western Victoria Transmission Network Project (WVTNP). AusNet has identified a narrow corridor passing right between Bacchus Marsh and the Lerderderg State Park and Gorge, a state significant park known for its remote setting and 300-metre deep river gorge.

This narrow corridor will be home to 12 kilometres of 75-85 metre high dual-circuit transmission towers (close to 30 of them) leaving an irreversible and completely unacceptable scar on this rugged, untouched and spectacular landscape. The Lerderderg will no longer be the dominant feature of this region which is certain to impact livability and tourism appeal.