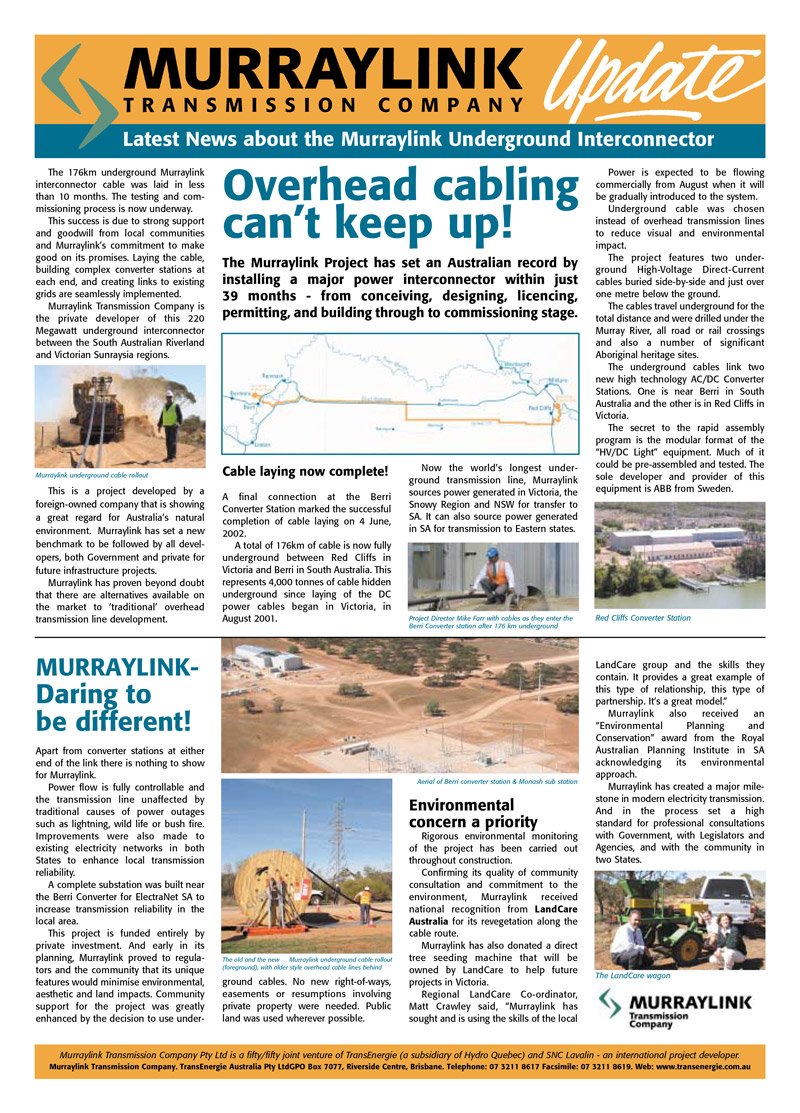 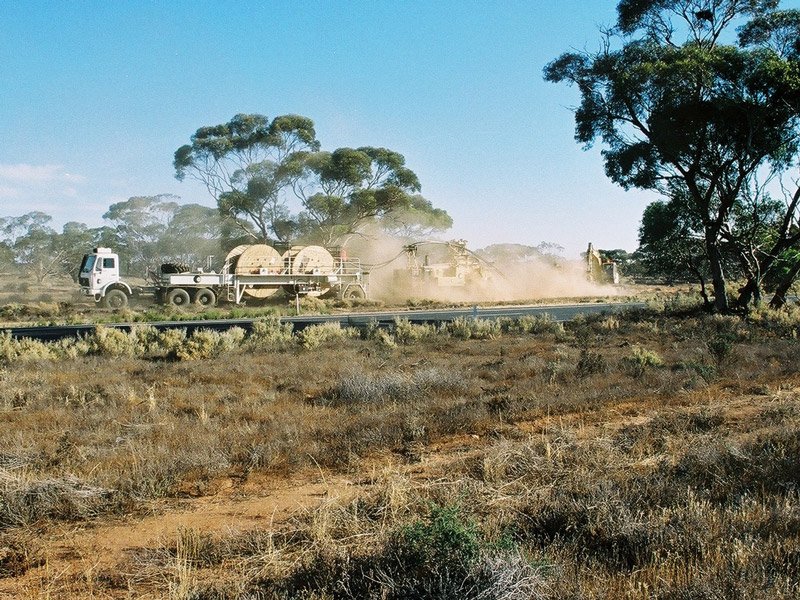 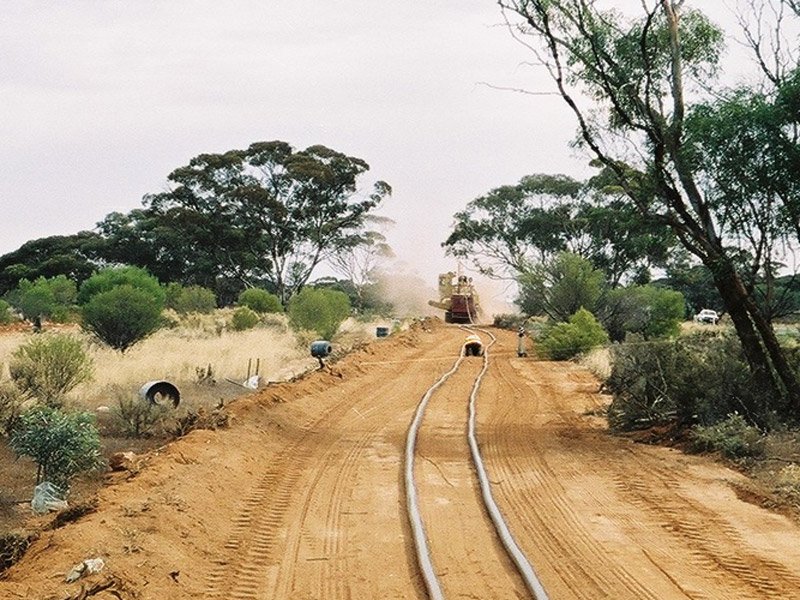 The controllable interconnection allows power to be traded in either direction between the two States, and provides enough electricity to meet the needs of around 200,000 households. The HVDC transmission system comprises extruded cables buried in the ground and an HVDC converter station at each end of the link.

The order was placed by Murraylink Transmission Company Pty. (TransÉnergie Australia), a subsidiary of TransÉnergie, the transmission division of Hydro-Québec, Canada. It is now owned by Energy Infrastructure Investments consortium and operated by the APA Group.

Network reliability is improved in terms of power supply and system voltage control, as the converter stations can both transmit power and support the AC voltage of surrounding networks, an important feature for the weak Berri network at the edge of the South Australian system.

From its near tri-state border site, Murraylink can deliver power from South Australia, Victoria, NSW and the Snowy River generation in either South Australia or Victoria, using existing corridors.

The Murraylink project earned several Australian state and national awards for both environmental and engineering excellence.