Fires can be, and are regularly, caused by high voltage power lines.  AusNet Services Group reported to Energy Safe Victoria and the Australian Energy Regulator, that there were 79 ‘fire-start’ incidents in the 6 months between January and June 2016.  Of these, 59 were attributed to: lightning strikes; contacts with birds, animals, or objects, HV fuse failures; and other infrastructure failures.  It is noted that the arc distance for a 500kV overhead power line that is hit by lightning is up to 50m from the base of the tower. 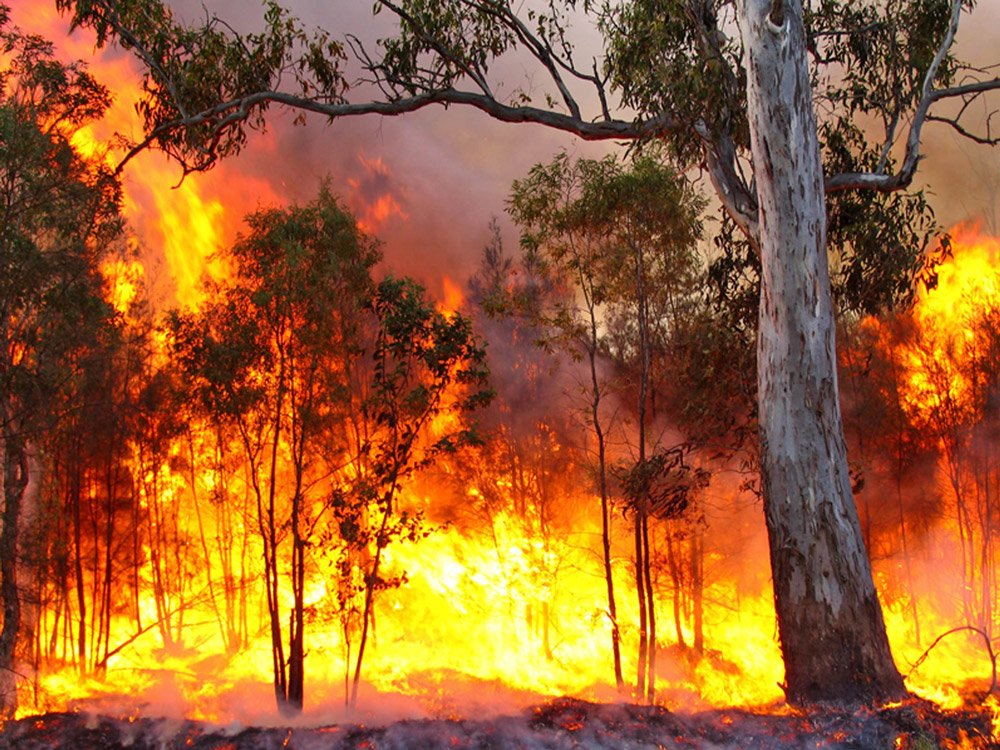 Overhead transmission infrastructure, proposed to the north of Darley, is highly inappropriate for this area and represents one of the worst locations in the state for them to be located. Overhead transmission infrastructure amplifies the risk of fire ignition and increases the bushfire risk to one of the highest risk towns in the region. This directly contravenes the Strategic objectives of the Code of Practice for Bushfire Management, which is that human life will be afforded priority over all other considerations.

The following map shows the risk of house loss in the Grampians region. It compares where houses could be destroyed by bushfire across the region.

Different shades represent different levels of risk. As the shades progress from yellow through red to purple, more and more houses are potentially destroyed.

The purple areas have the highest risk of house loss. More houses could potentially be destroyed by bushfire in these areas than in any other areas in this region. 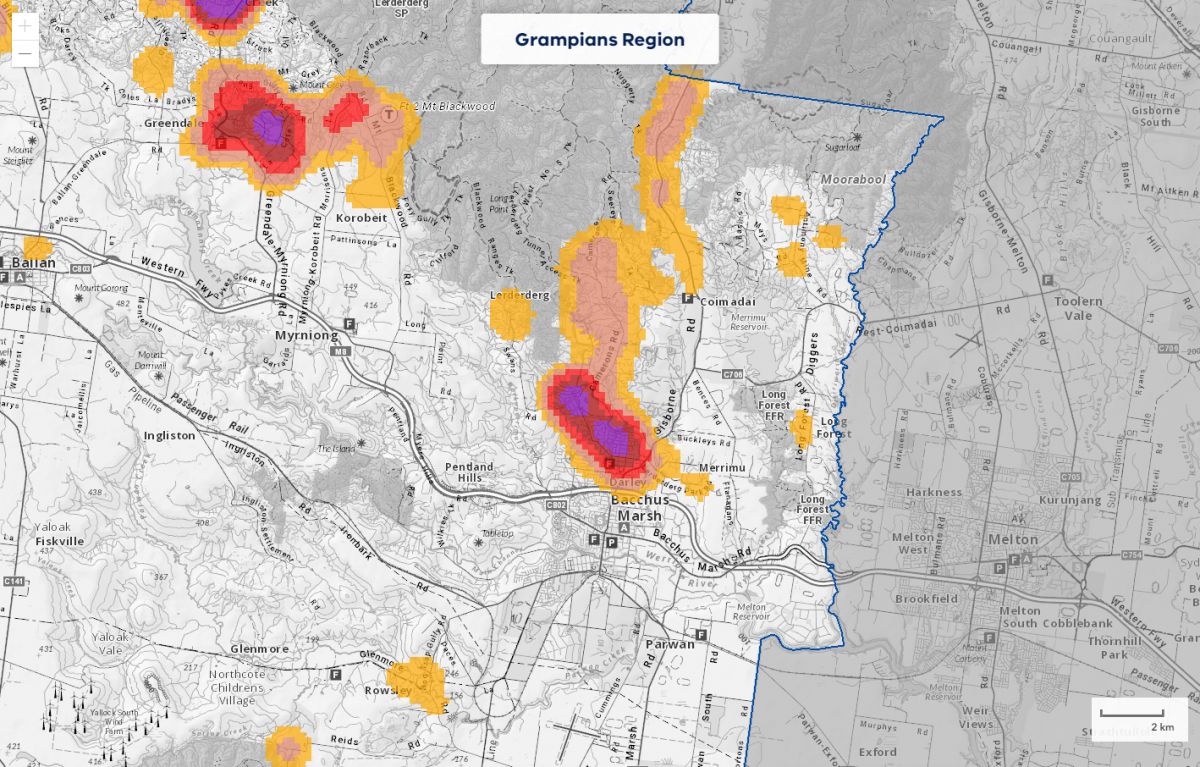 The eastern half of the Grampians region is where the greatest bushfire risk sits, particularly for settlements in and around the Wombat State Forest and Lerderderg State Park, such as Daylesford, Trentham and Gisborne. In 1983, on Ash Wednesday, a fire claimed seven people’s lives in the Macedon, East Trentham area. The fire reached a final size of 29,500 hectares, destroying 157 homes and 628 other buildings. Whilst fires of this size have not occurred since, the potential consequence of large fires in this area remains high.

Strategic objectives (Code of Practice for Bushfire Management on Public Land) are to minimise the impact of major bushfires on human life, communities, essential and community infrastructure, industries, the economy and the environment. Human life will be afforded priority over all other considerations. 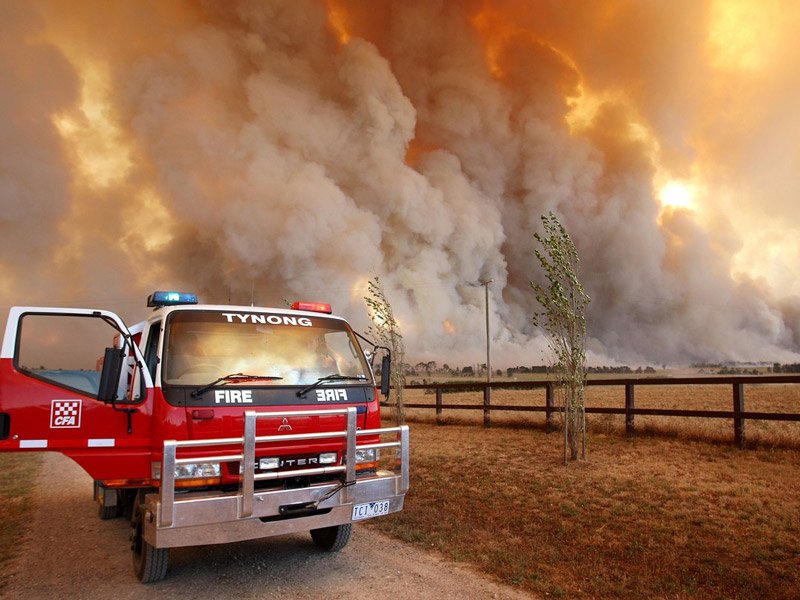 Extreme and High to Very-High Risk

The region has both Extreme and High to Very-High Risk areas identified in the Victorian Fire Risk Register.  Many are listed in the High to Very-High Fire Risk category.  Current typical weather conditions for the Moorabool Shire include warm-hot dry summers and cool wet winters.

Under the State Government Climate Change Projections, the region is expected to experience increased summer temperatures, decreased rainfall days, especially in Spring, but with increased rain intensity (storm) events. These factors are likely to increase further the fire risk classification for this region. 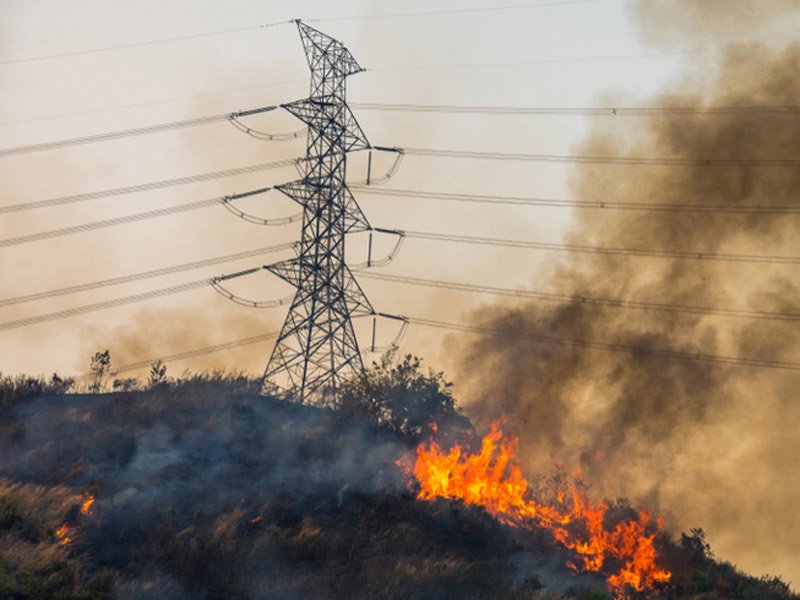 The bushfire risk to the northern and westernmost parts of the AoI that abut the Lerderderg State Park, could under severe bushfire weather conditions be extreme. The landscape beyond the study area in these directions, provides the potential for very long fire runs from the north and west, over some areas of steep or very steep terrain. Outside the AoI this landscape has the potential to generate extreme fire behaviour, which may be beyond the BMO parameters.

BPAs are those areas subject to or likely to be subject to bushfires, as determined by the Minister for Planning. Those areas of highest bushfire risk within the BPA are designated as Bushfire Management Overlay (BMO) areas. 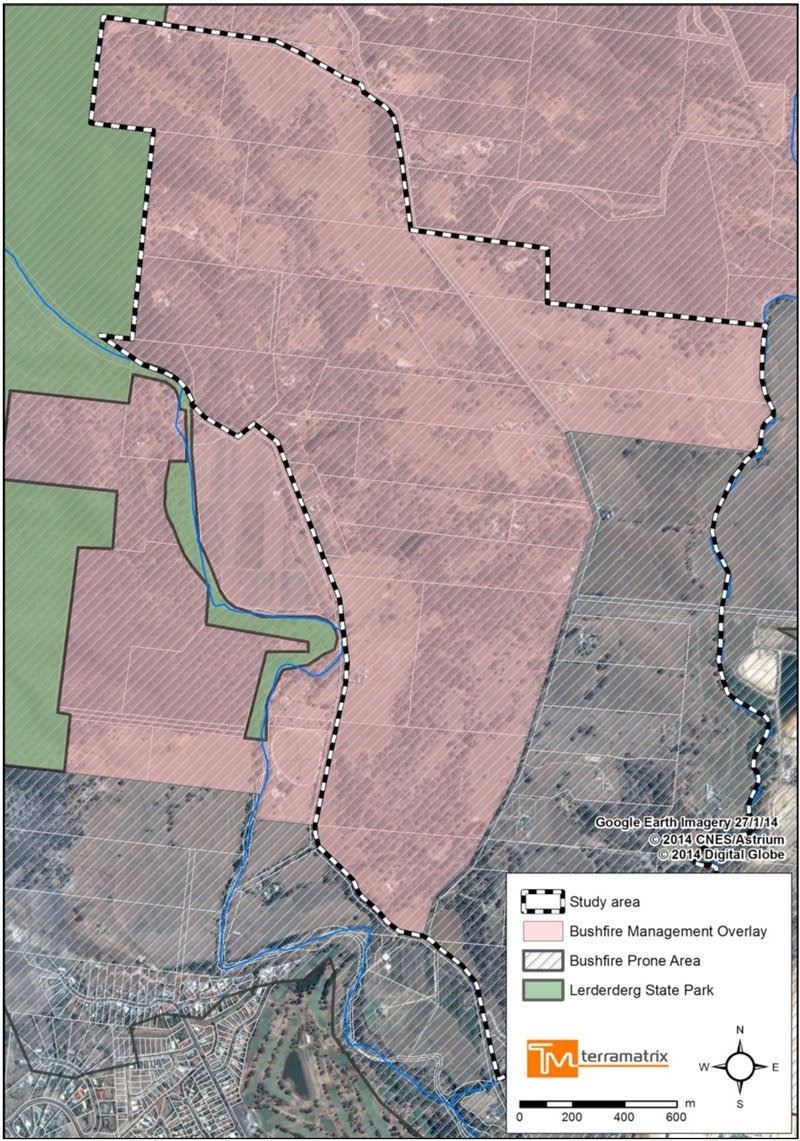 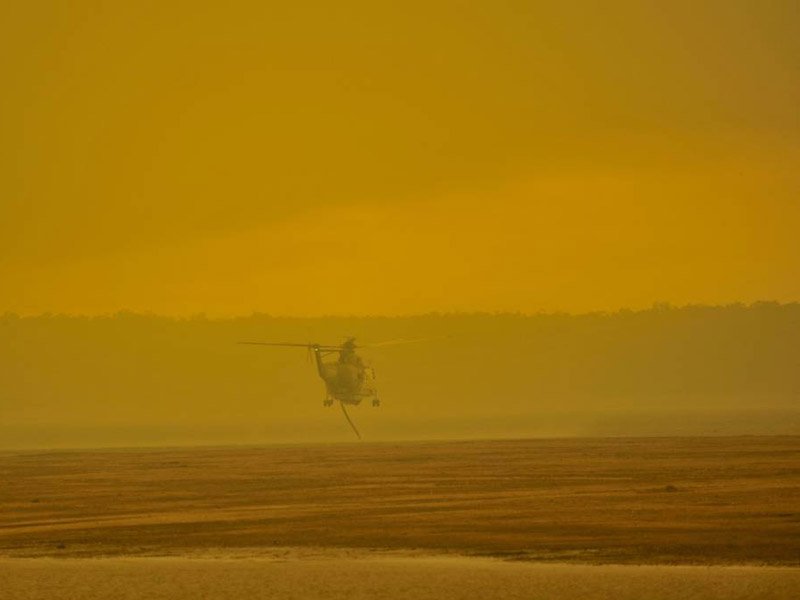 There are concerns the lives of water-bomber pilots and community could be put at risk if the Project goes ahead through the proposed northern corridor. The proposed corridor passes through the middle of the Merrimu Reservoir, the regions primary water source, and is raising great concern with community and CFA volunteers.

When operating aeroplanes and helicopters in a fire season, pilots are already putting their lives at risk flying at low level in reduced visibility conditions. Add 85m high transmission lines to the equation and the risk renders the water source useless for firefighting efforts. It’s absolutely ridiculous to think we’re going to put them at further risk by putting powerlines all over the landscape.

The objective of the Project should be to mitigate risks to the community, the environment and crucial water assets that are relied on for bushfire management. 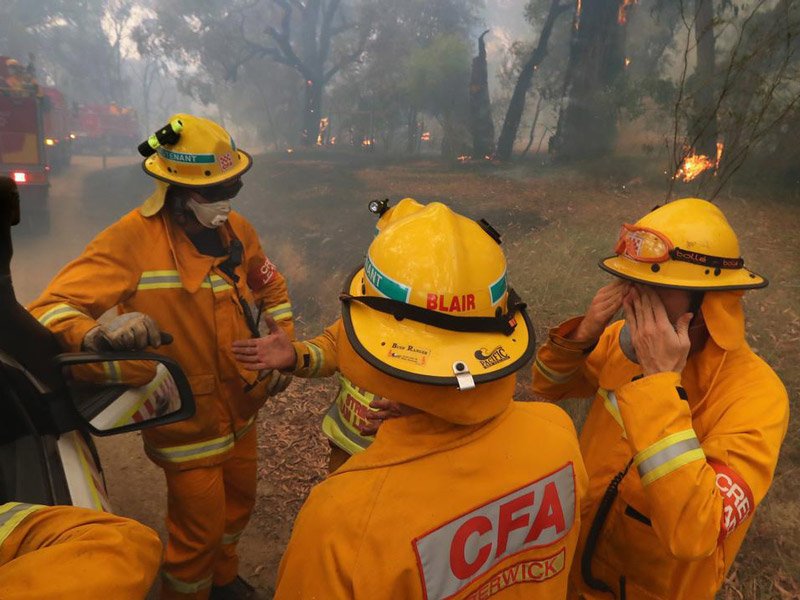 Major powerlines are critical infrastructure. They support essential community services and their de-energisation may have significant impact on public safety. Some smaller lines directly service critical sites such as sewerage, water and communication facilities. It is therefore preferable not to attempt fire control activities near energised lines where possible.

Large fires burning adjacent to or under high voltage transmission lines have the potential to:

A growing list of Moorabool CFA firefighting groups say they will not tackle blazes near a proposed electrical transmission line across the Shire.

Leaders at brigades in Coimadai, Myrniong, Ballan, Blackwood, Mt Wallace, Wallace, Millbrook and Bungaree and Leonards Hill have written to Premier Daniel Andrews and CFA Chief Officer Garry Cook saying any blazes near the overhead powerlines would place their lives at excessive risk.

“(We) will not respond to fires on, above or around the proposed 500kV high voltage lines,” they said in their letters.

“(This is) due to the high risk as well as the unknown hazards working around this type of infrastructure.”

The extreme bushfire risk along with difficult to access terrain within the AoI amplifies the risks with fighting fires in this corridor. Aplified risk to firefighting = amplified risk to lives and properties.

Fires burning near or beneath transmission lines in the AoI will endanger people, animals and homes.

The Black Saturday wildfires, in 2009, were one of Australia’s worst recent natural disasters, claiming 173 lives and destroying thousands of homes across Victoria state. SP AusNet Ltd. , an Australian power-transmission company, agreed with a handful of other parties to pay people affected by the bushfire in Kilmore East—north of Melbourne—a combined 494.7 million Australian dollars in compensation. While agreeing to the settlement, SP AusNet continues to deny liability for the bushfire, claiming the power line was damaged previously by lightning in a way that made it more susceptible to falling, but that was also impossible to detect.