Skip to content
1001 Steps in Darley – Disaster on the Horizon

1001 Steps in Darley – Disaster on the Horizon 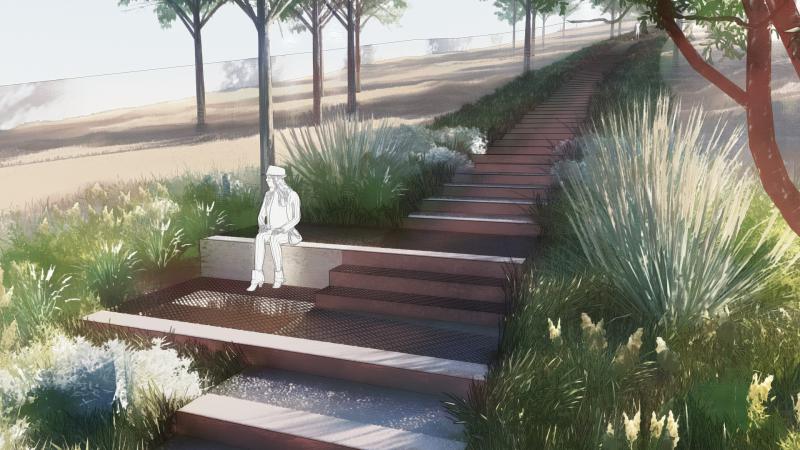 The plan to create a recreation paradise at Bald Hill is one step closer as the State Government announced they will hand over $1.6 million for the development of the 1001 Steps at Darley’s Bald Hill for arts and nature-based tourism.

When construction is complete, the projected annual site visitation is more than 347,000 people and would have a total construction cost, including recreational and commercial parts, of $12.38 million.

Although the construction cost is huge, the ongoing economic benefit to Bacchus marsh is estimated to be $6.8 million annually, with a during-construction boom of $23.28 million. The financial benefits include ongoing employment at the site as well as tourist dollars. Visitation numbers are based on the current population of Bacchus Marsh, Melton and the western fringe of Melbourne and do not take into account the future growth of the areas and therefore likely increased visitation. To completed project is proposed to be completed over five stages, with funding also being sought from other parties.

Sadly, the tourism benefit of this project risks being lost before the project begins.

Once constructed, the visual amenity from this long awaited and economically beneficial tourism hub is going to be destroyed. Dominated by a long line of 85m, 500kV high voltage transmission towers, thanks to AusNet and the Western Victoria Transmission Network Project.

Why would tourists visit our region to climb the 1001 steps, expecting to be rewarded with spectacular 360 views, when all they will see is a long line of monstrous high voltage towers in every direction.

West of Melbourne, Bacchus Marsh and Darley is a popular tourism destination for tens of thousands of visitors each year who make the journey across the western plains to visit the rugged and iconic Lerderderg State Park. The close proximity of Bald Hill to the Lerderderg State Park creates a highly scenic viewing opportunity. The foreground is composed of a sweeping panorama of folding dark green hills, blanketed in vegetation. These hills can be seen to disappear in the distance as Uplands give way to the flat volcanic plain.

85m high voltage transmission lines passing through the narrow corridor between Darley and the Lerderderg State Park will cause extensive, unnecessary, irreversible, and entirely unacceptable damage to the Park amenity. The reasons for visiting this region will be impacted significantly and recreational tourists numbers will decline.

We urge The Honourable Martin Pakula (Minister for Tourism, Sport and Major Events) to insist on a comprehensive analysis of the Western Victoria Transmission Network Project and the permanent removal of the northern alignments proposed overhead infrastructure between Darley and the Lerderderg State Park. Overhead infrastructure through this region demonstrates a clear lack of planning and understanding of current tourism projects. Underground solutions are the only alternative. 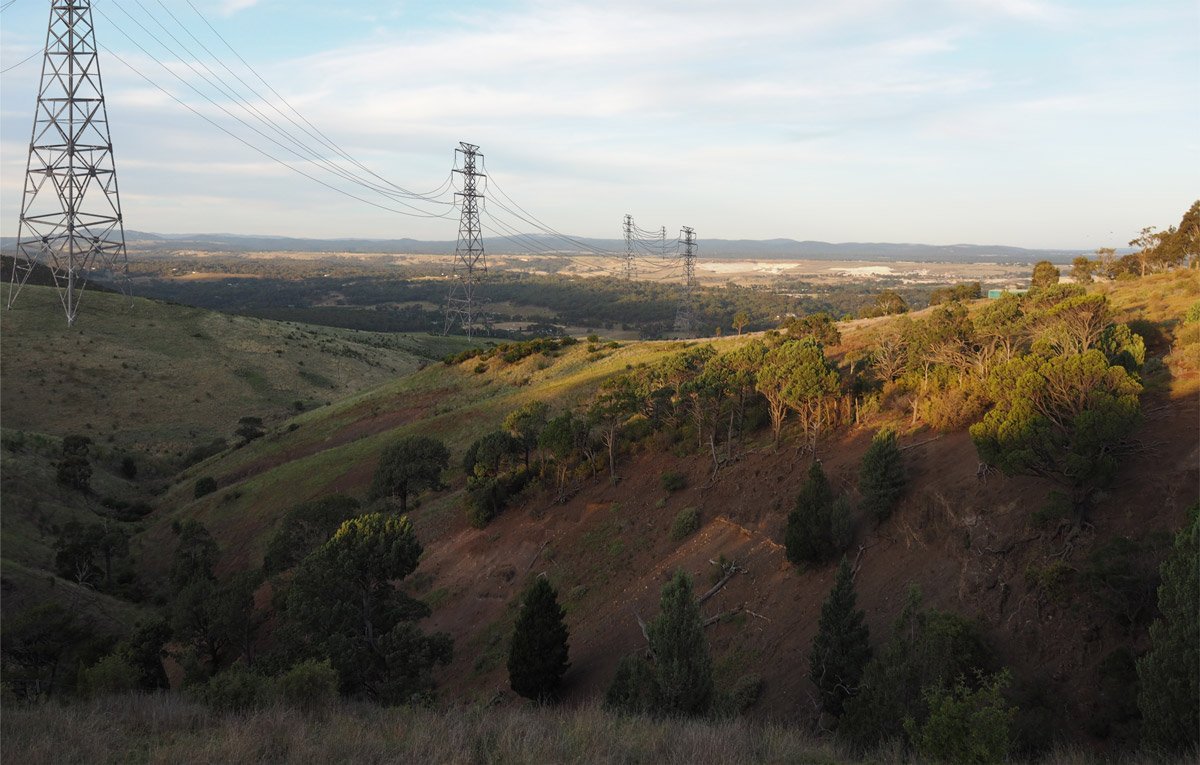 View from near Bald Hill with transmission lines superimposed