2-Million-Year-Old Landscape to be Desecrated by 2025 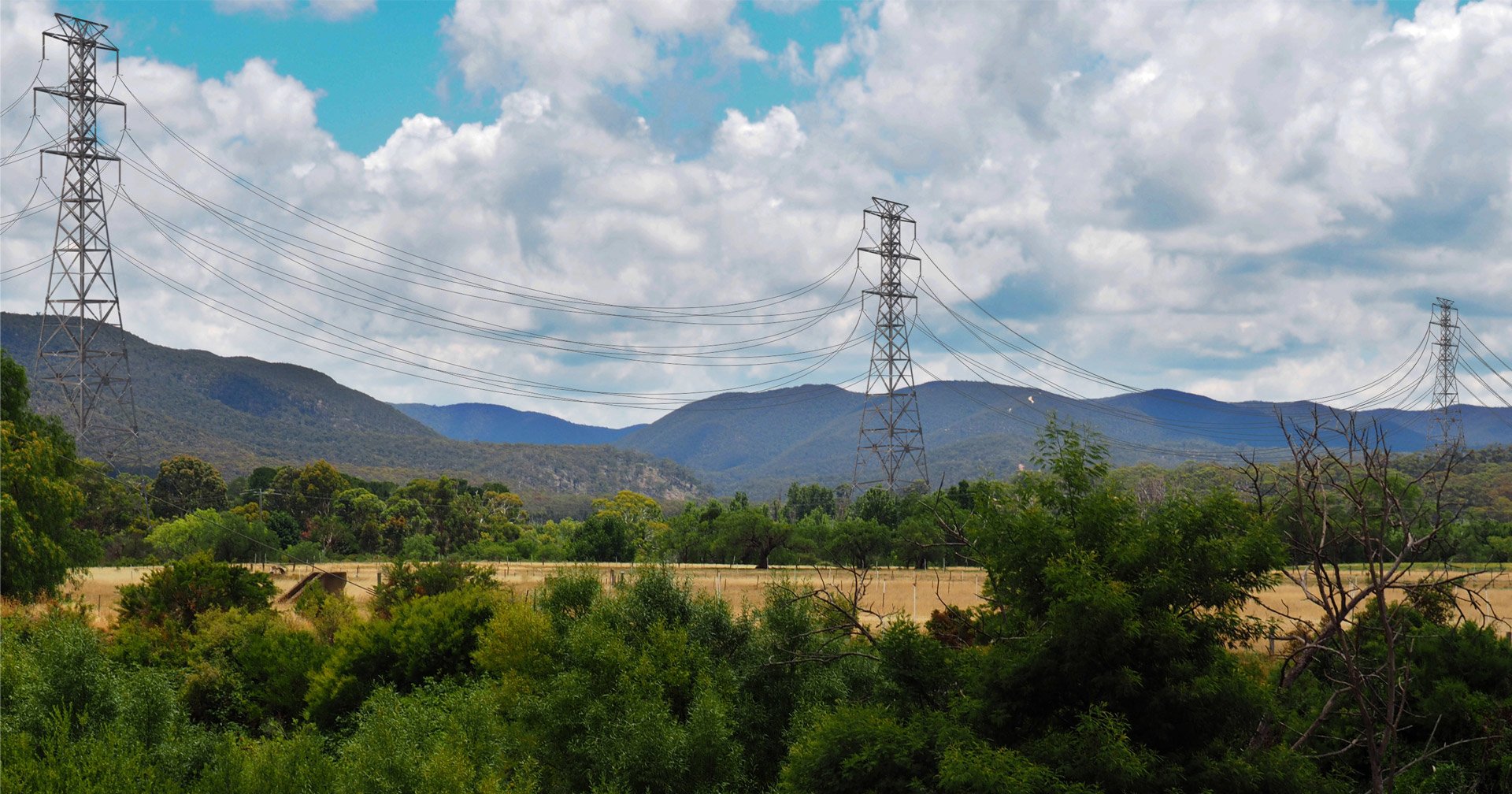 Tensions are erupting across Victoria’s volcanic plains as a battle heats up to protect State Significant Landscape from impacts of the proposed Western Victoria Transmission Network.

AusNet Services has been contracted to construct 190 km of new overhead high voltage transmission lines from Sydenham to Bulgana; A project known as the Western Victoria Transmission Network Project (WVTNP). AusNet has identified a narrow corridor passing right between Bacchus Marsh and the Lerderderg State Park and Gorge. A State Significant Park known for its remote setting and 300m deep river gorge. 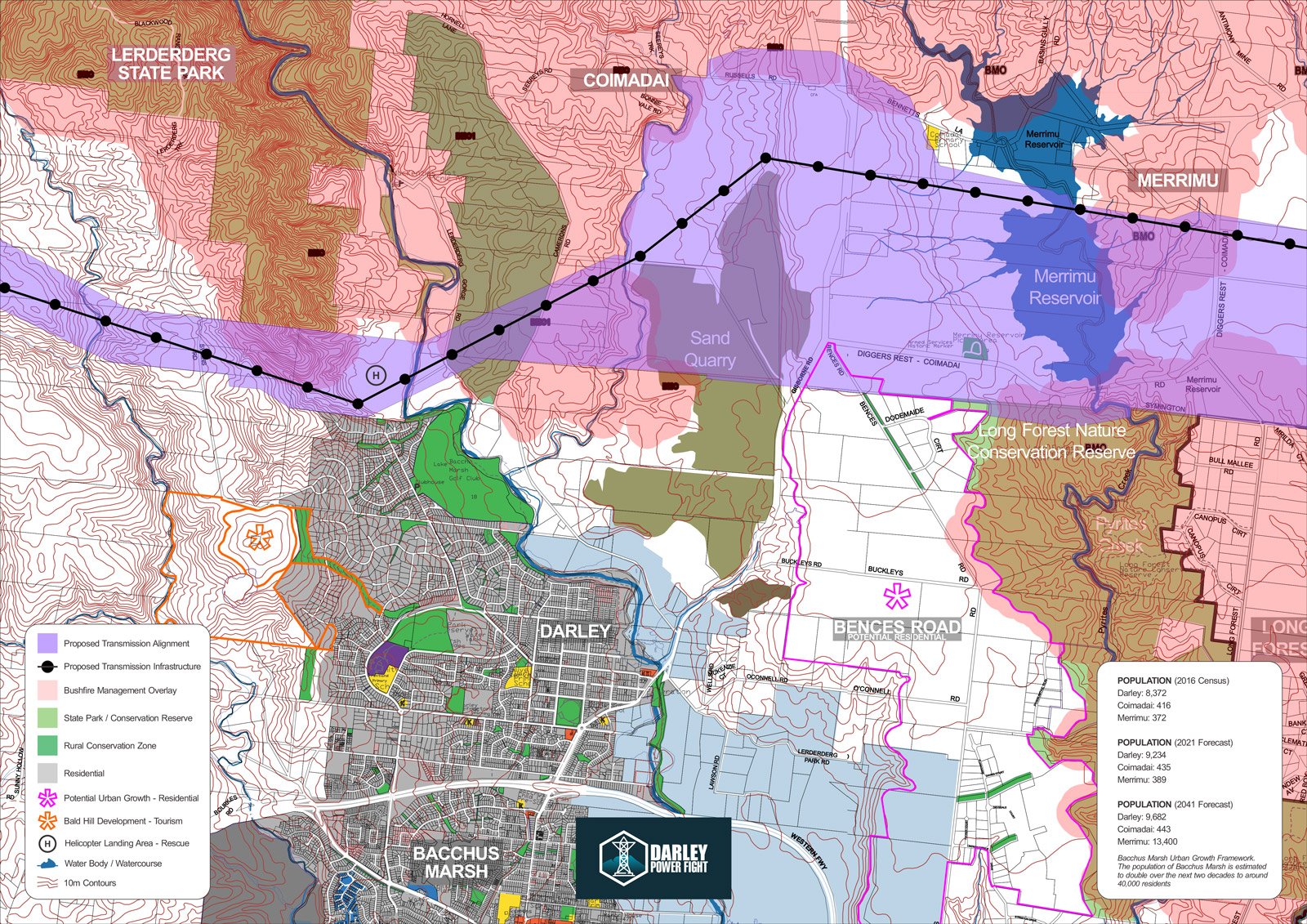 A silver army of transmission towers

This narrow corridor will be home to 12km of 75-85m high dual-circuit transmission towers (close to 30 of them) leaving an irreversible and completely unacceptable scar on this rugged, untouched, and spectacular landscape. The Lerderderg will no longer be the dominant feature of this region which is certain to impact liveability and tourism appeal.

This region is recognised for its natural beauty and attracts more than 500,000 visitors each year. Many come to immerse themselves in nature, to drink up the jaw dropping scenery and escape the hustle and bustle. The perfect antidote to our stressful lives.

Rounding the final bend from Melbourne, into Bacchus Marsh, you may no longer be greeted by the sweeping panorama of folding dark green hills. This wild and rugged place will take backstage to a silver army of transmission towers and extensive lattice of overhead cables.

If the project goes ahead, it will irreversibly alter the character of Bacchus Marsh and surrounding areas forever by.

This ill-conceived, 75-85m high transmission network, will completely desecrate, in a few years, what nature has taken millions to create.

The fact this route is even being considered shows AusNet Services, the State and Federal Governments have little regard for the public, our region, or the immense benefits to all Australians in conserving and enhancing the environment for future generations to enjoy.

The push-back from community signals a new challenge for the Victorian Government and its planned Renewable Energy Zones. This battle has drawn a line in the sand that indicates network companies will require a Social License to Operate.

So, what’s the solution? A solution being called for is to bury the cables underground, preferably using existing easements. It is possible and it doesn’t have to cost the earth. If it’s about completing this project on the cheap then no, underground may not be best option. Isn’t protecting the environment the reason we are switching to renewable energy? If so, surely the value of our environment is more important than initial project cost? 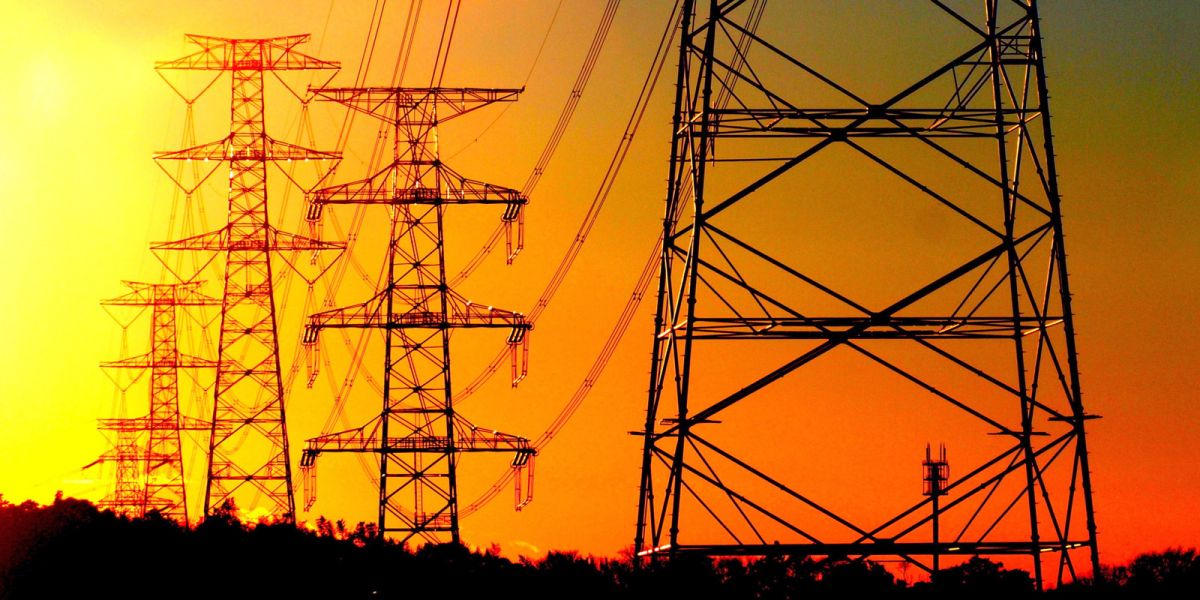 Ruining sunsets for over 100 years

Transmission towers have been ruining sunsets for over 100 years and it is ludicrous to consider overhead transmission when more environmentally conscious alternatives exist.

The Victorian Government is working towards Renewable Energy Targets and are moving away from coal. In doing so, they should make sure energy transmission networks being constructed are in sync with our reasons for moving to renewable energy in the first place… Conserving and enhancing our environment for the future.

“While this project is important to the future of Victoria’s power system, it’s critical we assess its environmental effects to avoid or minimise impacts on the community or the environment.” The Hon. Richard Wynne, Minister for Planning.

“Through alignment selection and design the Project seeks to avoid areas of significance.” Ausnet Services.

Seems they forgot their mission!