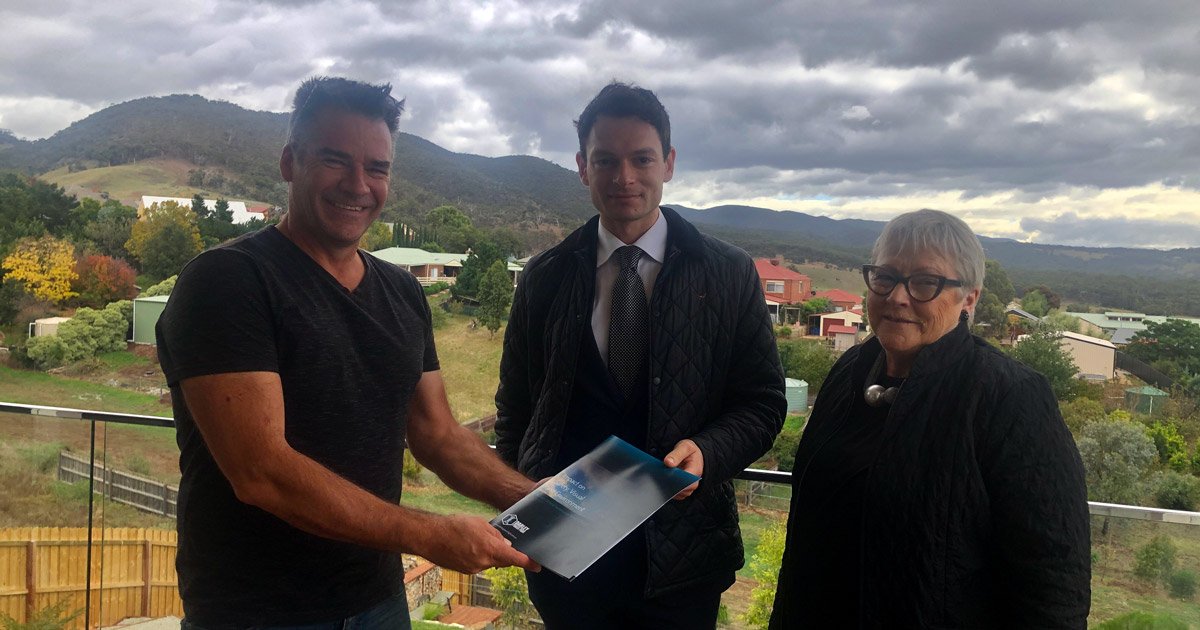 The Andrew’s Government is fast-tracking this project simply to meet renewable energy targets.

We had a great discussion with Beverley McArthur MP in Darley about the Western Victoria Transmission Network Project (WVTNP) and its impact on State Significant Landscapes and heritage rivers. Lachlan Molesworth, from the National Trust, was also there to help us better understand the importance of heritage and the need for protection of this region.

Beverley and key members of the Liberal Party are working with us to stop the Andrew’s Government from fast-tracking this project simply to meet their renewable energy targets. They need to fairly address the concerns of the communities which bear the brunt of the infrastructure.

Thanks Beverley McArthur MP – Member for Western Victoria for your ongoing support.

A new challenge for Renewable Energy Zones in Victoria

Victoria’s shift from fossil fuelled power to renewable energy has sparked heated debate about the future of the state’s Renewable Energy Zones (REZ). The Victorian Government has increased the Victorian Renewable Energy Target (VRET) to 50 per cent by 2030. Meeting the VRET targets will bring forward significant investment in new renewable energy projects in Victoria but this will not be possible without large scale, cross-country connections.

The push-back from community, concerned about the impact of this Project on State Significant Landscapes, natural habitat, and biodiversity signals a new challenge for Renewable Energy Zones in Victoria – a battle that, largely, will have to be fought by network companies who will require a Social License to Operate.

For Social License to Operate, AusNet Services and the Victorian Government need to place decision-making in the hands of the community and implement what the community decides, not use 100-year-old infrastructure that fails to enhance and conserve the natural environment. Transmission towers have been ruining sunsets for over 100 years and there are more environmentally conscious alternatives. To say there are no alternatives, which is what we have been hearing, demonstrates unwillingness to conserve, protect and enhance the environment.

The consultation process surrounding this project has been poor from the outset, to say the least. Community feedback has been provided to AusNet Services over the past 9 months via Q&A sessions, a 36-page Cumulative Environmental Effects brochure, online mapping tools, thousands of letters of concern and community drop-in sessions. All this has resulted in nothing. The broad area of interest was recently refined to a narrow corridor which still includes a State Significant Landscape.

To quote Ausnet Services; “Through alignment selection and design the Project seeks to avoid areas of significance”. Seems they forgot their own mission!

Darley Power Fight is calling out ‘failures of basic planning’, ‘failure to propose viable alternative underground HVDC solutions’ and ‘the avoidance of genuine multi-sector consultation on the Project’. Much environmental vandalism has also been wrought in the name of electricity transmission and until now network operators have rarely been held to account. Overhead transmission lines are incompatible with our obligations for the protection of State Significant Landscapes. Transmission is a key part and often the most complicated part of the energy infrastructure puzzle.

The need for an effective and efficient transmission network to transfer green energy generated in the south-western Victoria to the State power grid is recognised but it is fundamental the various impacts on environment and community be considered. It should not be fast-tracked as the Andrew’s Government are attempting to do. The WVTNP and all future transmission projects should investigate underground transmission alternatives to ensure the environment is both protected and preserved.

The bid to find the best and most economically feasible solution to accommodate multiple major new renewable energy projects while considering competing values and trade-offs should be a major focus for the future of Renewable Energy Zones and interconnectors, both state and national, now and into the future.