The need for an effective and efficient transmission network to transfer energy generated in the south-western Victoria to the State power grid is recognised but it is important to consider the various environments and potential impacts that this transmission line project may have on local areas also. 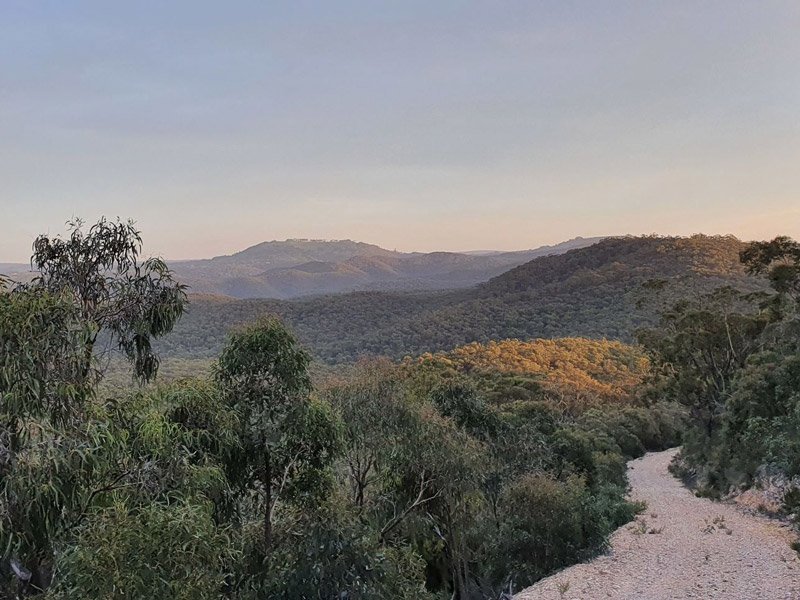 The Lerderderg State Park encompasses scenic and geological gorge formations surrounding the Lerderderg River as well as the volcanic cone of Mount Blackwood. The park is known for its remote setting and the 300m deep Lerderderg River gorge is a dominant feature. Private land abuts the park to the south. The narrow corridor between private land and the park represents the AoI.

The Park contains a range of significant geological and geomorphological features. About one million years ago, uplifting along the Rowsley fault caused down-cutting of the Lerderderg River. The resulting Lerderderg Gorge is an outstanding illustration of stream rejuvenation resulting from faulting (Rosengren 1988). Extensive sections of Lower Ordovician sediments are displayed throughout the gorge, and the more resistant sandstones form massive cliffs and rock bars.

The Park also contains examples of volcanic geological processes of the early Pleistocene period when Mount Blackwood and Mount Bullengarook spread olivine basalt over the plains and some valleys.

The steep slopes of the Park have shallow skeletal soils with fractured rock at the surface (O’Shea 1986). These soils have a high erosion potential, particularly if exposed through vegetation clearing.

The removal of vegetation and development of tracks and roads encourages sheet, gully and tunnel erosion (DCE 1991).

Increase in sediment input into Victorian rivers and streams due to human activities is listed as a potentially threatening process under Schedule 3 of the Flora and Fauna Guarantee Act.

Conservation of the Lerderderg State Park aims to: 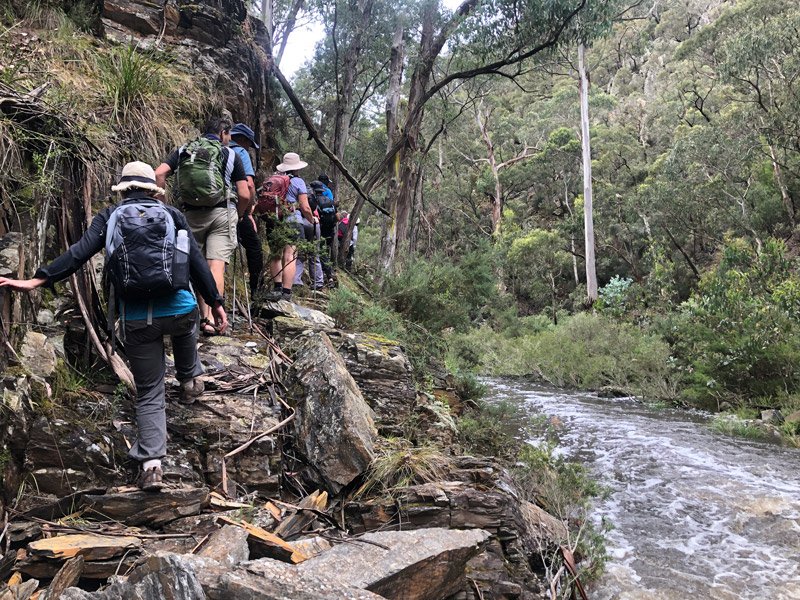 These areas are recognised for their natural beauty and attract more than 500,000 visitors to the region annually.   As these natural assets are close to, and north of, the Western Freeway (between Bacchus Marsh and Ballarat), it is suggested that utilising underground cables be utilised if traversing this area. 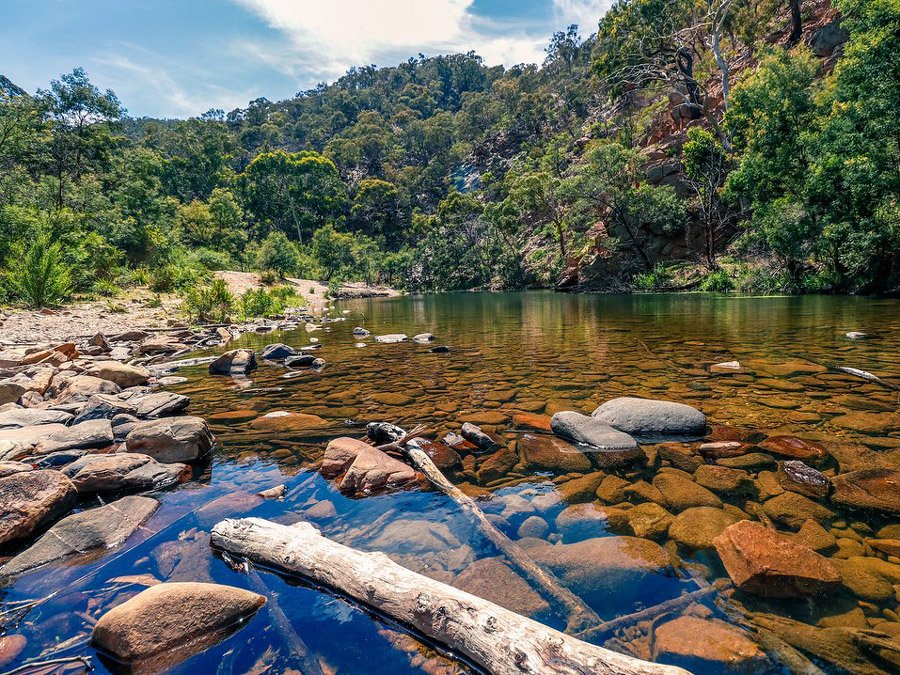 The 63 km long Lerderderg Heritage River corridor begins in the Wombat State Forest north-west of Blackwood, and continues through the Lerderderg Gorge to the Werribee Valley above Bacchus Marsh. The majority of the corridor (45 km) passes through the Park. Its boundaries follow the rim of the gorge, with spurs and ridge lines linking gorge sections. There is a Draft Management Plan for the Lerderderg Heritage River (NRE 1997).

Significant values of the Lerderderg Heritage River corridor include:

Within the Park, Southern Rural Water maintains a weir on the Lerderderg River that diverts water to Lake Merrimu, providing the domestic water supply for Melton and Bacchus Marsh.

Water catchment values and water quality would also be enhanced through the restriction of vehicle access and certain recreation activities within the Heritage River corridor and along Goodmans Creek (NRE 1997). 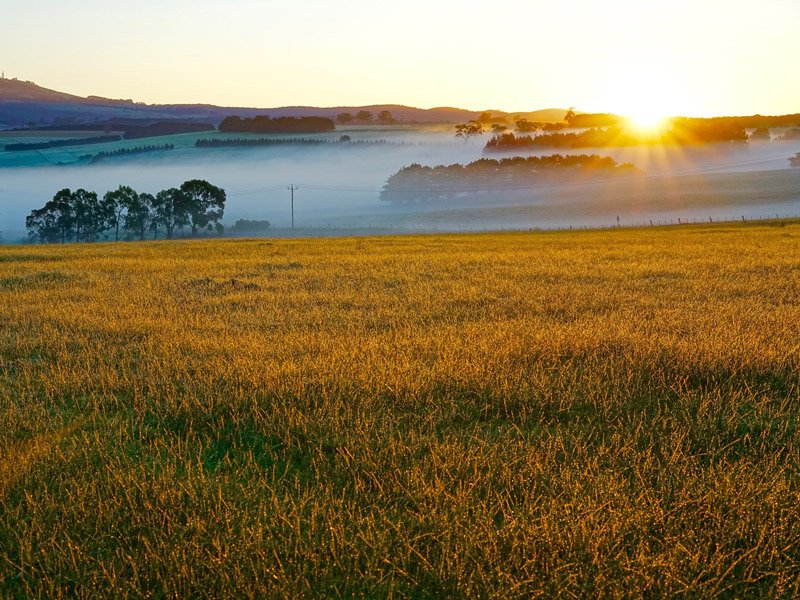 Residents, businesses, and visitors of the region, do so because they want to be in close proximity to Melbourne while still enjoying a lifestyle surrounded by a semi-rural atmosphere and its associated natural landscapes.

This has been recognised with the region, from Bacchus Marsh westward along the Western Freeway, being classified as a major growth corridor for western Victoria.  We all enjoy the smaller towns with their country charms in beautiful landscape settings and we need to protect these from the massive environmental impacts of 80m transmission towers with high voltage power lines. 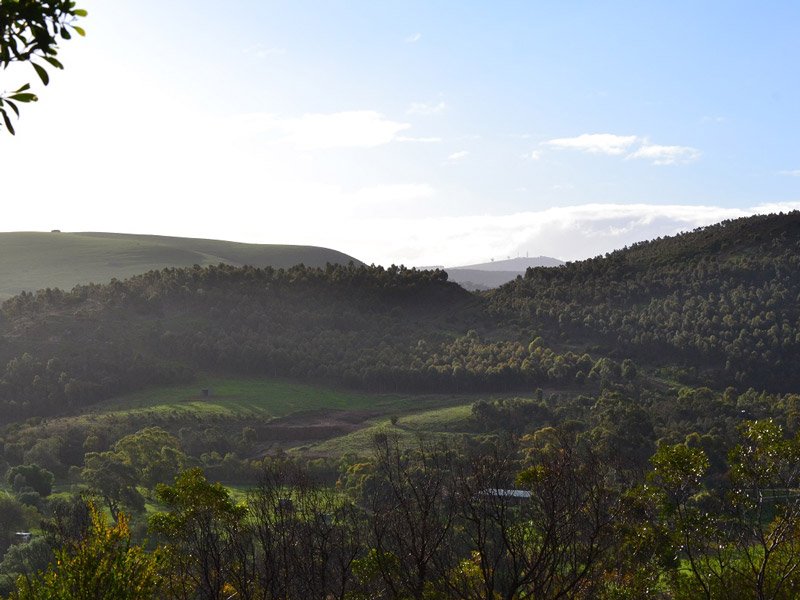 The negative visual impact of high voltage power lines has been well documented.  Although most electricity transmission companies downplay this fact, they are aware of the growing concerns communities have with impacts on their surrounding environments.

People do not like the visual impact of power lines generally, and these high voltage towers, at 85m tall with many strands of heavy transmission lines, are significantly more of an eyesore than the lower voltage structures. These 85m towers cannot blend into the background. This means that high voltage transmission lines and towers will impact more significantly and on a greater number of people. 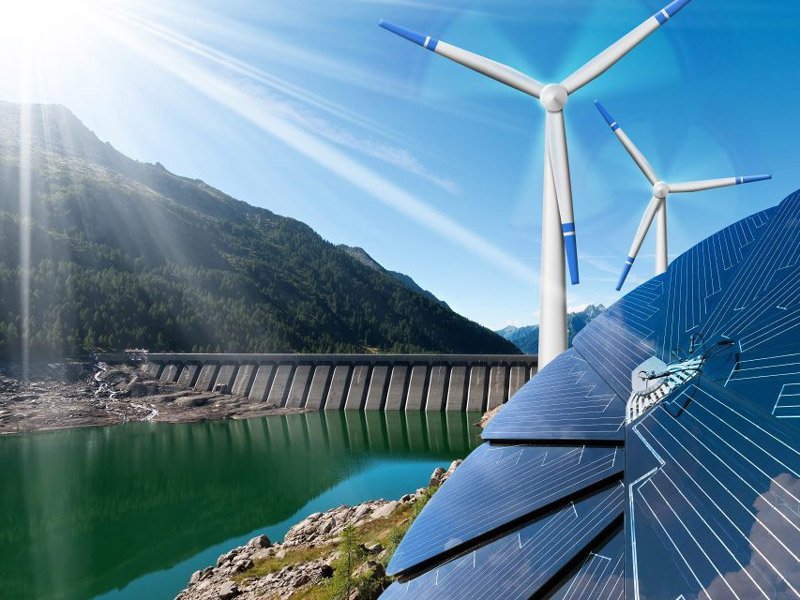 The community is concerned that there appears to be a ‘double standard’ developing regarding this project. On one hand, there is government rhetoric and the ‘push’ to utilise more green energy sources (e.g. development of the wind farms in the south west of Victoria) while on the other hand, persistence in utilising transmission infrastructures (e.g. overhead high voltage transmission lines and switching stations) that have huge impact on the surrounding environments and also waste at least 10% of the green energy generated compared to new efficient in-ground cabling.

The difficulty with Environmental Impacts is that they are difficult to quantify. Everyone would like to be living in a pristine natural environment, but at what cost? If we dedicate ourselves and government policies to preserving environmental conditions, we should recognise and accept that the benefits of these environments are only achieved at a cost, usually seen as monetary. So, we need to weigh up the pros and cons, but comparing the benefits of a preferred environment against economical costs of preserving that environment, is like comparing apples with oranges.

If you are committed and open minded, you will find ways to quantify and make a relevant comparison. If you broaden the scope of your outlook, it is found that environmental improvements almost always result in improved efficiencies and hence fewer overall costs. If you start by considering the entire energy transmission network for the State rather than individual transmission line projects, it becomes feasible to consider utilising more expensive (advanced) technologies (e.g. using in-ground efficient power transmission cables) and capitalising on the benefits and savings, they provide across the project and/or over the life of the infrastructure (e.g. reduced maintenance costs, reduced power outages and reduced energy transmission losses typical of overhead high voltage transmission networks).