AusNet have their say

AusNet say that “No route has been decided” however it’s clear that they have a preferred route in mind.  The shortest and most direct route would be the cheapest, and coincidently, AusNet have sent letters to a number of property owners advising them that their properties are in scope for towers to be erected upon them – and even more coincidently, their properties happen to lie in almost a straight line along the shortest and most direct route!

Moorabool News asked AusNet, “if the route is not known, why would they be awarded the contract on a FIXED PRICE tender of approximately $370 Million dollars?

It would be very unusual for anyone to submit a response to a tender seeking a fixed price, without having an extremely good idea of what costs they will incur in the proposal, yet it’s possible that this may have happened here. 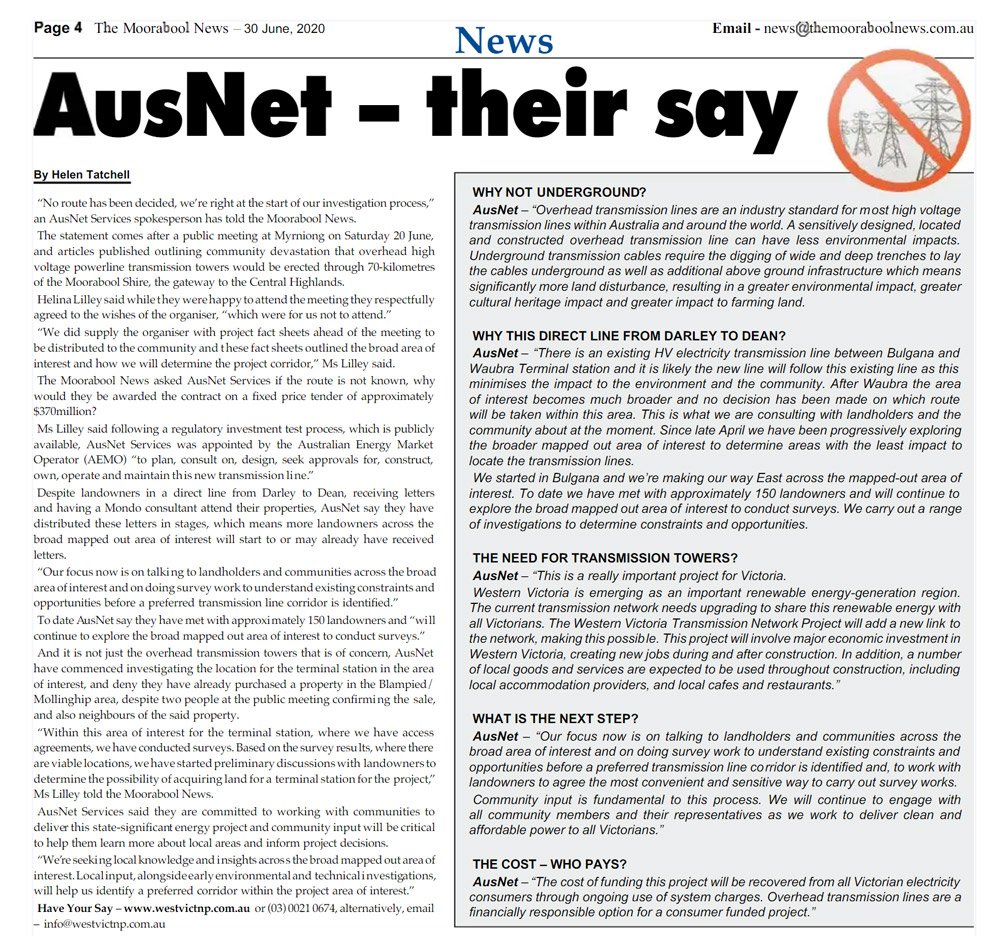