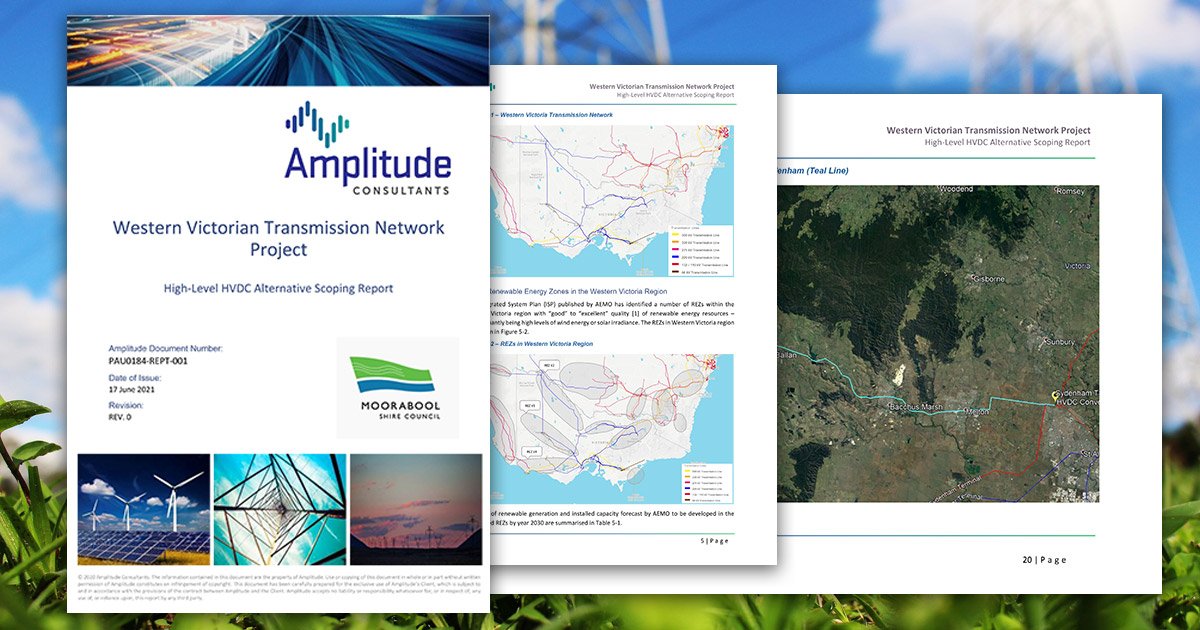 It was determined that not only is a HVDC system utilising underground cables a technically feasible alternative, but it is also likely to be more reliable and efficient for the movement of renewable energy to major centres whilst presenting significantly reduced impact to social and environmental factors.
A high-level comparison of AC and HVDC transmission options was performed in relation to the WVTNP to ascertain which transmission technology and overhead or underground construction method would present the least impact when considering a variety of criteria including technical, environmental and other risks.
The key points pertaining to the HVDC underground option being the lowest impact solution are as follows:

The assessment results are presented in the figure below, which shows that the HVDC underground cable option carries the lowest impact out of the four options considered. 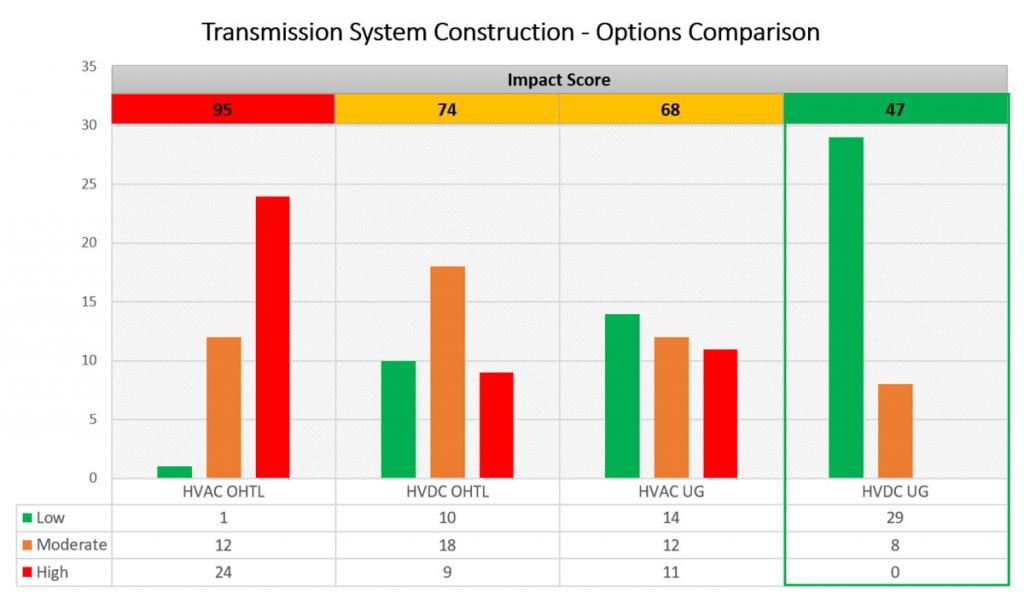 Amplitude reviewed the publicly available information and information that was provided by the Moorabool Shire Council to ascertain the parameters of the WVTNP Option C2. Amplitude then developed an alternative Base Case Concept HVDC System which could replace the proposed 220 kV and 500 kV AC overhead transmission lines between Bulgana Terminal Station and Sydenham Terminal Station with an entirely underground HVDC transmission system. The following points summarise some of the considerations and assumptions applied to the development of this option:

Amplitude developed a high-level cost estimate of this underground solution using publicly available sources, which came to circa $2.7Bn. This compares to around 5.7 times the cost of the AEMO preferred AC overhead WVTNP Option C2, rather than the up to 10 times more referenced by the AEMO Western Victoria Renewable Integration Project Assessment Draft Report (PADR). This cost estimate includes the overall engineer, procure and construct (EPC) cost of the HVDC converters and cables.

Of significance, the report identifies that the cost of the proposed overhead HVAC solution does not include the cost of mitigating risk anywhere near the extent that is inherently mitigated by the HVDC underground options. The HVAC cost is deficient because it does not factor in offsets for costs incurred as a result of predictable events such as catastrophic weather, or fire. Those same events have no impact upon a HVDC underground solution.

For the HVAC overhead solution to be engineered to achieve the same level of risk mitigation as the HVDC underground solutions, significant additional costs would need to be factored in making the total HVAC overhead cost significantly more expensive than currently estimated.

Applying a 40 year ‘whole-of-system-life’ perspective the cost difference between the current overhead proposal and the worst case HVDC underground solution amounts to around the price of one six-pack of beer, or one adult-price movie ticket, per year, for Victorian electricity customers. The MCHPA thinks this is good value when you consider the risk that is avoided.

To read the full report, download via the link below.