HVDC Light – a new technology for a better environment 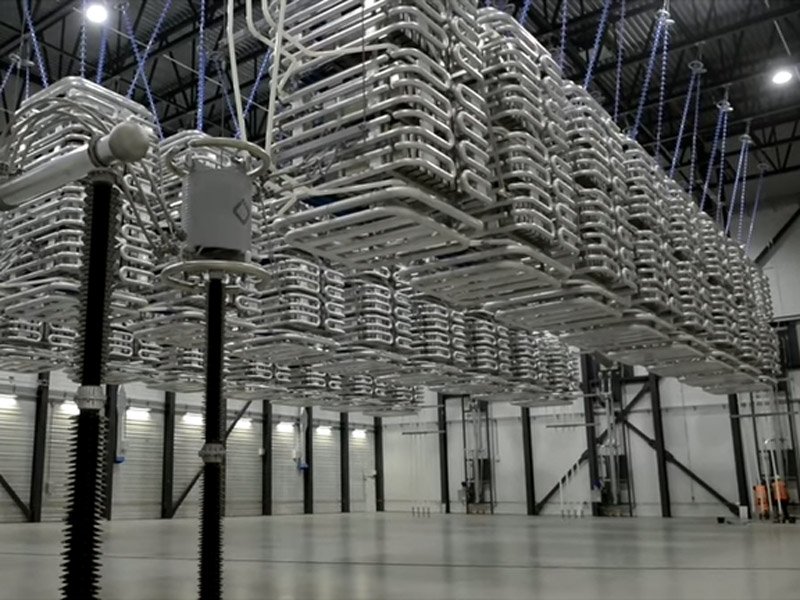 ABB has development the latest in high voltage direct current (HVDC) Light, a technology it pioneered 20 years ago, making it possible to reliably transmit large amounts of electricity over ever greater distances, economically and efficiently. The next level of ABB’s HVDC Light will enable more than doubling the power capacity to 3,000 MW. System design enhancements will bring a step change in compactness, with a potential to deliver 350 percent more power per square meter of space used – useful for applications like offshore wind or interconnections, in terms of converter station footprint be it on offshore platforms or onshore installations. The advances were made possible with the development of semiconductor-based power electronic devices that provide greater control and make smaller HVDC systems economical.

ABB’s HVDC Light technology revolutionizes the transmission of large amounts of electricity over longer distances, underground, underwater and on overhead lines. Due to its versatility, it is an ideal solution for applications with space limitations. It enabled interconnections between countries to support the integration and balancing of renewables while facilitating electricity trading. It has also been deployed to integrate offshore wind energy and bring the power to shore, via converter stations positioned on offshore platforms.

The last two decades have seen significant advances in this technology. Power capacity has gone up nearly 30 times from 50 to 1400 MW – enough electricity to power several million households. Voltage levels have gone up from 80 to 525 kV, and distance capability from 70 to over 1,000 km. At the same time transmission losses have been brought down to less than 1 percent.

ABB leads the way with HVDC Light technology, having delivered 18 out of 24 VSC HVDC projects commissioned in the world, including several world records such as the world’s longest underground link, the most powerful offshore wind connection and the first overhead link deploying this technology.

With a higher voltage capability of up to 640 kV, the latest technology extends distance capability – doubling it to 2000 km – making it possible to transmit electricity over even longer distances, enabling more renewables to be integrated and longer interconnections to be built. Losses have been reduced further, which when combined with the above enhancements translate to significant cost optimization benefits for owners and transmission system operators. The latest ABB Ability-based MACH control and protection system will provide greater efficiency and reliability and the latest converter stations also feature several design and aesthetics improvements.

What is HVDC Light®?

HVDC Light is quick to install and provides an alternative to conventional AC transmission systems and local generation in several cases, such as:

Utilities are under extreme pressure to meet consumer and regulatory demands for a high quality, competitively priced power supply that has low environmental impact. The expansion of AC transmission capacity is often limited by local planning regulations and the concerns of local residents who object to the installation of new overhead lines.

It is now economically feasible to expand transmission capacity using underground HVDC cables. This approach not only minimizes environmental impact, it also improves the quality of the power supply.