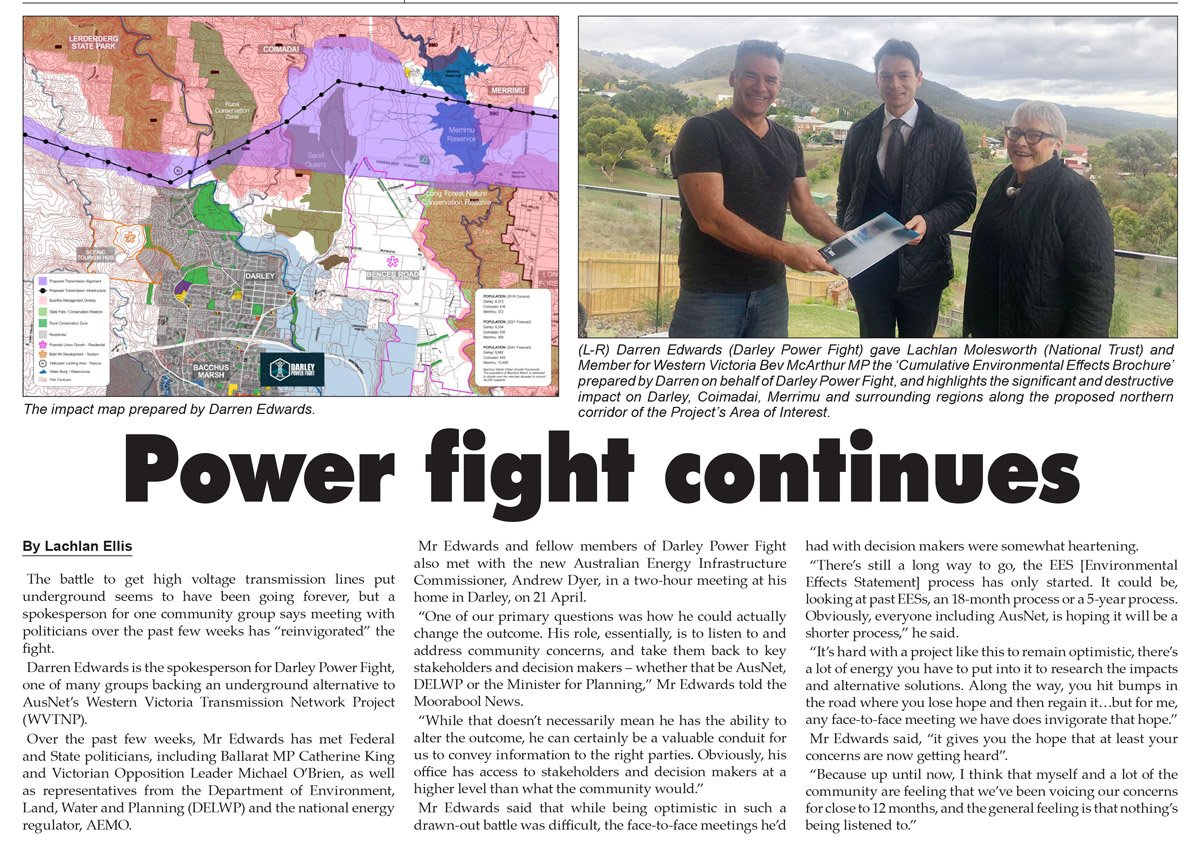 The battle to get high voltage transmission lines put underground seems to have been going forever, but a spokesperson for one community group says meeting with politicians over the past few weeks has “reinvigorated” the fight.

Darren Edwards is the spokesperson for Darley Power Fight, one of many groups backing an underground alternative to AusNet’s Western Victoria Transmission Network Project (WVTNP).

Over the past few weeks, Mr Edwards has engaged in discussions with Federal and State politicians, including Ballarat MP Catherine King and Victorian Opposition Leader Michael O’Brien, as well as representatives from the Department of Environment, Land, Water and Planning (DELWP) and the national energy regulator, AEMO.

Mr Edwards and fellow members of Darley Power Fight also met with the new Australian Energy Infrastructure Commissioner, Andrew Dyer, in a two-hour meeting at his home in Darley, on 21 April.

“One of our primary questions was how he could actually change the outcome. His role, essentially, is to listen to and address community concerns, and take them back to key stakeholders and decision makers – whether that be AusNet, DELWP or the Minister for Planning,” Mr Edwards told the Moorabool News.